Don’t mind the title. I just wanted to write: “Tulisan Ngalor Ngidul” but I want it to be a little bit ‘western’, so I write it that way.

I just realized that seems like I almost quit from writing. Yeah, I’m less productive, I just don’t know what to write. I ran out of inspirations. I just have nothing special recently. Every thing is normal, usual, err, not really normal, there are several problems that have not been solved, but it doesn’t really affect my life. My life still goes on anyway.

I can’t write as natural as I used to be. I pay too much attention to every word I write. I don’t read as much as I used to be. I prefer have too many rest rather then read some articles or novels. I spend most of my days in front of my macbook, watch some korean videos. Watta useless life I have.

Anyway, last Friday I went to cinema with some of my friends. We watched “My Name is Khan”. And it was fabulous!

Can’t deny that I actually could not hold my tears when I watched it . But Gatho-the-freakiest-girl-ever sometimes staring at me (and she told me that she just wanted to make sure whether she’s not the only person who cried in that studio), and of course it destroy my concentration to the movie. I don’t want anyone look at me when I cried!! In addition, I wanted to pee in the middle of the show but I don’t want to miss a scene, so I held it until the movie done. And the result: I just don’t really get into the movie!!!! If Gatho didn’t staring at me, and if I didn’t want to pee, I must’ve been crying there! 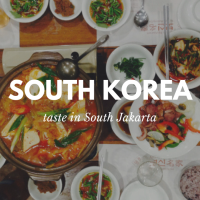